Liam is not fat

Home » One Direction » Liam is not fat

So due to Liam’s recent tweet about him not being fat. I would have to agree with him. And to whoever called him fat. Why did you do it? When

1. That is really the last word that could be used to describe him

I mean I could go on but for the sake of time I won’t go into everything amazing about Liam. So my only conclusion as to why whomsoever called him fat is because they think bullying a celebrity will make them feel better about themselves. Or they were trying to make themselves more attractive by saying Liam is not. So I’m guessing it was a guy who hates One Direction, a girl who hates Liam, or a guy who just hates Liam. Regardless hate is involved no matter the situation. Not to mention if you the person that called Liam fat or anyone who hates on anyone for that matter are reading this maybe you should consider the fact that if you are hated on you are no better than the person who is hating on  you. Furthermore as to prove my previous point of Liam not being fat here are some lovely and fairly hot pictures. 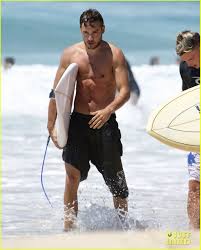 I mean come on look at that chest that is just to die for. So yeah to anyone who called Liam fat. You are sadly mistaken. I mean if he is fat then I am to. And I mean I am over 6 foot and I weigh 130lbs. So yeah in the end remember not to hate. It hurts everyone.